How did I end up as a first-year med school student at 32?

A few dumb decisions, a detour or two, and learning how things work out – eventually.

When I was in High School, I wasn’t sure what I wanted to do. Having doctors in my family going back several generations, I was always interested in medicine, but never more seriously than an occasional “oh, that would be fun.” moment, mostly because I didn’t really know what the entire process looked like and didn’t bother to look into it. While I wasn’t an excellent student in K-12, I wasn’t terrible, enrolling and doing reasonably well in Advanced Placement classes, doing decently well on my SAT’s, and so on. Of course, I also didn’t get my act together when it came to having the right grades (or meeting the deadlines) to apply to colleges in senior year and ended up being roundly rejected by every single college I applied to. That stung quite a bit, especially knowing that it was 100% the result of me shooting myself in the foot. I spent the last half of senior year pretending all those rejections never happened and continuing to enjoy hanging out with my friends and making after High School plans until July when everyone else left for college. Not wanting to feel left behind, I immediately enrolled in my local community college in August of 2002, taking a full course load of biology, chemistry, calculus, and a few other basic humanities classes.

That was a mistake.

I clearly hadn’t learned my lesson about taking academics seriously and prioritizing my time. I did well in the classes I liked (biology, psychology) and didn’t do well in ones I was struggling with (calculus, chemistry). When I stay “not do well,” of course, I mean fail – with a solid “F.” Around this time, I had just gotten my EMT-Basic certification and went on a medical mission trip to the Dominican Republic – to a small village up in the mountains on the border with Haiti called Bánica (which I wrote about in my med school application personal statement years later). I was beginning to rekindle my interest in medicine, but of course, in my head, I didn’t connect that with actually doing well academically, so I continued taking classes, doing well in some and failing others. I also figured out that the community college had a policy that if you re-took a course, you failed and received a better grade, that grade would then supersede the original grade. Of course, that only works if you do better the second time – a lesson I repeatedly failed to learn and one that would come back to haunt me years later when it came time to apply to med school.

Shortly after, I got a job as a tech in the local hospital, working my way from the cardiac floor to the ER, while also slowly working on getting my EMT-Intermediate and EMT-Paramedic certification. Eventually, I was a National Registry certified paramedic and was teaching other paramedic students in the same program I graduated from, as well as working in the emergency room. By this point, I had been in community college almost five years and had taken a full credit load for most of it. Eventually, in 2008, I finally graduated with a few Associates degrees and an abysmal GPA that all but killed any chances I had to transfer to a four-year university to finish my bachelor’s degree, not to even mention medical school.

Around 2009, while working in the ER, I showed a co-worker some travel photos I had taken, and she asked if I’d be interested in photographing her wedding, which I immediately said yes to. Having, at that point, zero knowledge about weddings, photographing them, how professional cameras worked, or anything else remotely photo-related, I spent the next few months on Google, Wikipedia, and camera rental websites getting ready. When I finished photographing her wedding a few months later, I realized how much I loved seeing people at their absolute happiest. Whether that was interacting with them, finding that right moment an elderly relative came up and wrapped the bride in a hug, or when the groom’s son broke down in happy tears at seeing him and his bride walk down the aisle – all of it. Around this time – 2009 – I left my job at the hospital and started working on finding more weddings to photograph, eventually creating my company and shooting my first solo wedding in late 2009. For the next five years, I concentrated on getting better at being a photographer, working my way up to photographing around 45-50 weddings per year in my last two years, some taking me as far away as South America and Europe. During this time, I was also, for the first time in a while, free to travel anywhere while not photographing weddings, as I was fairly untethered from a regular 9-5 job. I was able to travel the world, and meet lots of wonderful friends along the way, many of whom I’m still in touch with – a detour that I wouldn’t trade for anything in the world.

One thing that I’ve learned from listening to over a hundred stories of how people ended up where they are (you listen to enough wedding toasts, and you get to hear some pretty spectacular ones…), I began to realize that you can’t really outrun your destiny, no matter how much you think you don’t really believe in it. What I realized after photographing weddings for half a decade was that while I was getting good at it, I was also quickly realizing that I was looking at what the future held more and more and realized that while I enjoyed what I did, I couldn’t see doing it when I was 40 or 50, no matter how I tried. Even knowing that other photographers would branch out into teaching more, doing workshops, writing books, etc., I couldn’t see myself doing any of that, no matter how hard I tried. I loved what I did, I enjoyed it, and could definitely see continuing to do it as a hobby and a passion project, but anytime I closed my eyes and thought about what I wanted to do with my life – it came back to medicine.

Of course, once I had that realization, I immediately had another one – now what? I thought I had put the kibosh on any dreams of medicine years earlier after ending up with a ~ 2.0 GPA from community college, so how do I even begin the process of fixing years of actively destroying my grades? First, you make one last dumb mistake and apply as a transfer student and get immediately rejected. Then, you do it one careful, small step at a time. My community college had a program for formerly poor students wanting a second shot. The premise was simple – if you were a student who had graduated from community college and been out of school for at least 5 years, you could return and take one semester of a full course load, earn all A’s, and every single F and D grade from your previous time would be wiped from your GPA calculation. I found that I qualified for the program by literally being out of school for 5 years and 1 month, so in the Spring of 2014, right after my last rejection, I took on 16 credits and got all A’s, with the primary motivating factor being that if I got anything less than perfect, any shot of medical school would be gone for good. As soon as I completed that semester, I re-applied and was accepted as a transfer student to my local 4-year college, where I immediately enrolled in their second summer session (so I could take general chemistry to qualify to be able to take organic chem the following semester). After the summer, I took on a full load of 18-20 credits for the Fall and every subsequent semester after that.

At the same time, I signed up to be a teaching assistant for organic chemistry and biochemistry and was studying to take my MCAT, which I took in between my Fall and Spring semesters and before taking the second half of organic chemistry (also really dumb decision, as I took all of 3-4 weeks to prepare.) As my first year came to a close, I began to think about what to do next. I could continue and take more courses after completing the requirements for my B.S. degree, but a quick check with an online GPA calculator showed me that to raise my GPA enough to make that endeavor worthwhile would literally take years. I also thought about enrolling in a post-bacc program to demonstrate my ability to handle a rigorous course load, but having taken and done well in organic chemistry, biochemistry, calculus, anatomy & physiology in the previous year and a half, that didn’t really make sense either, so my best option was just to cross all my t’s, dot all my i’s, apply as broadly as I could, write a personal statement that could explain what my last decade after high school was all about and why med schools should care, and wait (and hope that I never have to re-apply.)

So that’s what I did.

My MCAT was a pretty even 30 (508 by the new scoring system), and my GPA was, at the time of application, about a 2.3, which included a 3.97 from my 4-year university and the years of F’s a decade earlier. Knowing that, and hoping that my numbers would only tell part of my story, I applied to over 80 M.D. schools and over 20 D.O schools after eliminating those that were obviously out of reach, those that didn’t take out of state students, and those that had a known focus on “the numbers.” I was immediately rejected without a secondary application from about 40 schools, with the rest sending me anywhere from 1 to 11 (really) secondary essay prompts. After two months, I had written 174 pages and 43,189 words, or what Wikipedia qualified as long enough for a novel. In December, I received one of only two interview invites, and in January, received acceptance to the school I am currently attending, with the only other acceptance from another school in late February for the next year’s class, as their current class had already been filled.

Looking back now, I am confident that if I had managed to get into college straight out of high school and med school straight out of college, I would have failed. Or worse yet – not failed and gotten through and been a terrible physician, as I know that I needed those years to realize what it was that I was going towards and why I wanted it.

I’ve been fortunate to go back and speak with pre-med students at my alma mater as well as a few other events, and I always say two things. First – my path to getting to med school is less a guide and more a cautionary tale, as I took the old adage of learning from your own mistakes to the extreme. If there was a dumb way to do something, I can guarantee I’ve done it. Second – whether you’re applying to medical school straight out of college, with a year or two (or ten) in between, or from another industry entirely, as long as you’re honest about what the path you took was, how it helped you get from point A to point B, and why that means that you’re a great candidate and fit for the school you’re applying to, there’s someone out there on a med school admissions board who that will resonate with. In my case, my time away helped me find a reason to be here, helped me to learn through teaching others and given me a perspective I would have never had otherwise.

Now, because this has been a LOT of text without any photos, here’s a big kitty. 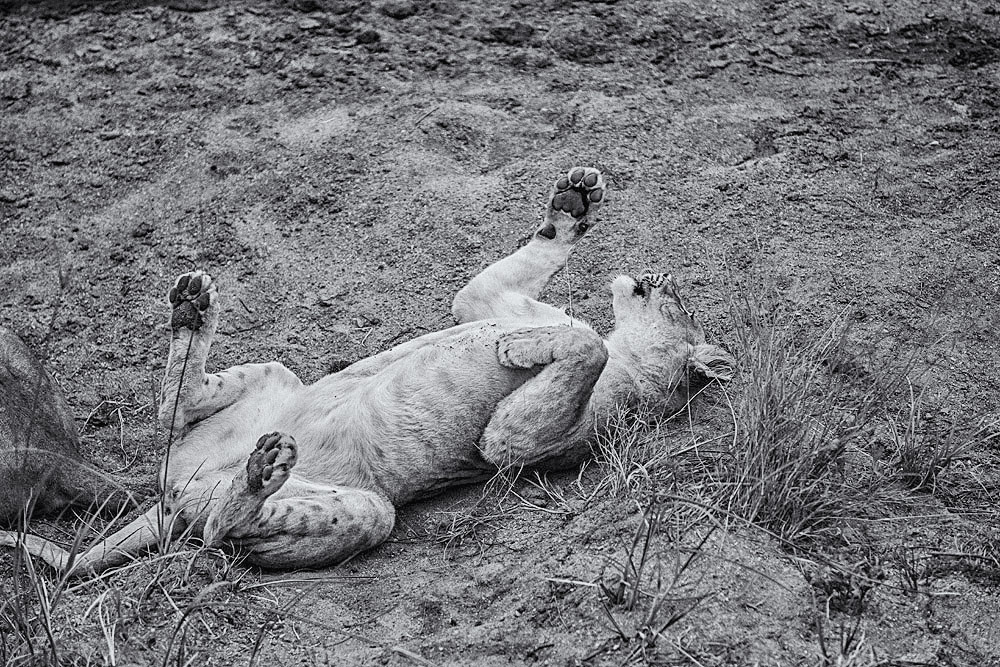 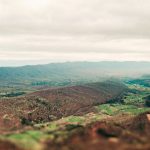