Several years ago, I was able to spend some time in China and Nepal. On my last day in Nepal, after I returned from trekking in Sagarmatha National Park, I was able to spend a bit more time walking around Kathmandu. I somehow managed to finally walk up to see one of the holiest sites in Buddhism, the Swayambhunath Stupa, or, due to the large number of rhesus monkeys who make the temple their home, as it’s more widely know, the Monkey Temple.

It is quite a sight to behold. A steady stream of pilgrims ascended the stairs and began to walk (or more specifically, circumambulate) around the Stupa in a clockwise direction while running their hands over the many prayer wheels built into the walls, while many others performed other Buddhist and Hindu ceremonies in many shrines surrounding the main Stupa, all as crowds of tourists from every corner of the world milled about, taking photos, praying, trying to avoid getting relieved of the contents of their pockets by the monkeys or even trying to figure out where exactly they were and how to find the right stairs to make it back to to their starting point.

Starting off with a very fortunate shot – I was trying to get a photo of the center of the  Temple as one of the hundreds of pigeons flew directly overhead. 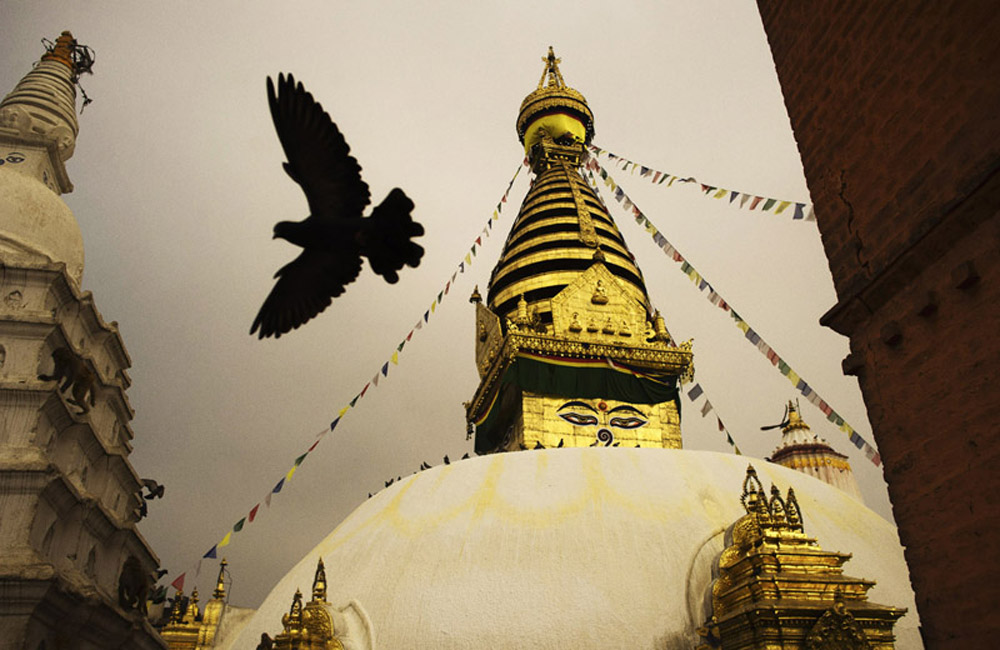 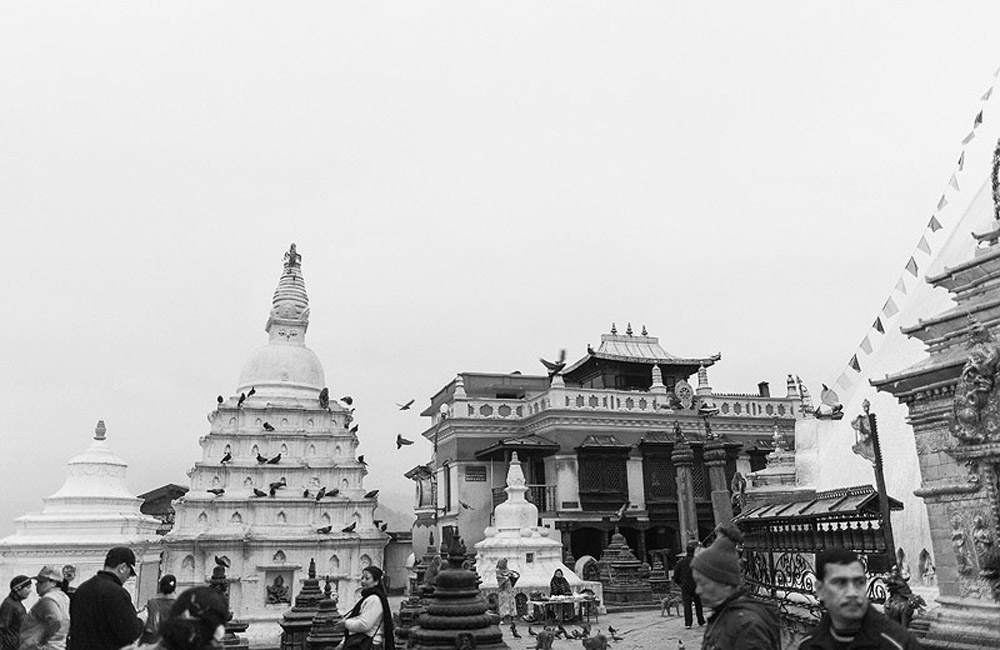 Here is one of the many local Monks praying. 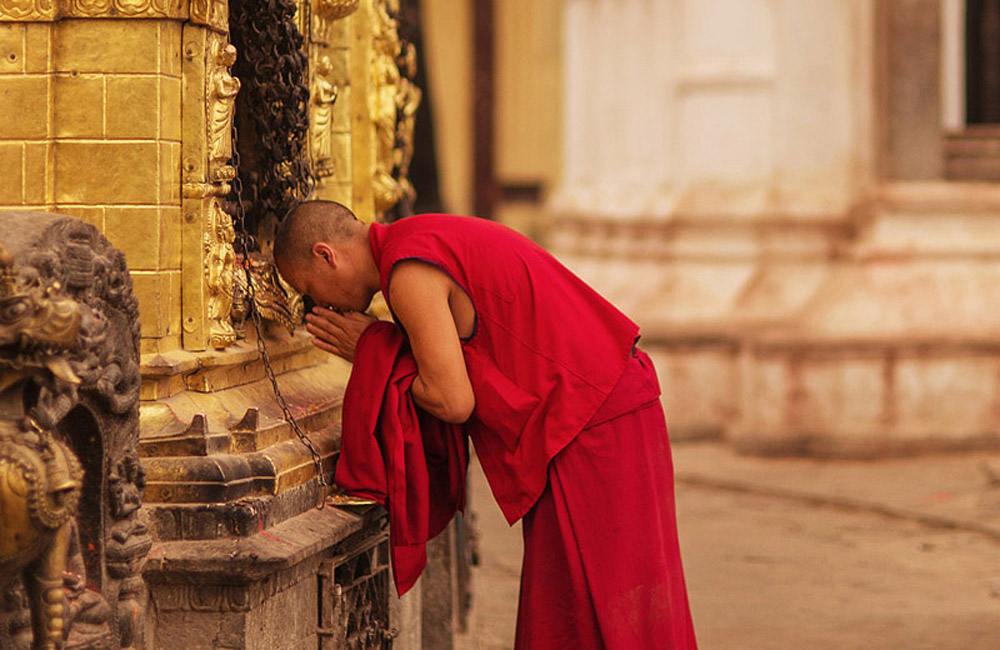 and running hands over the many prayer wheels. 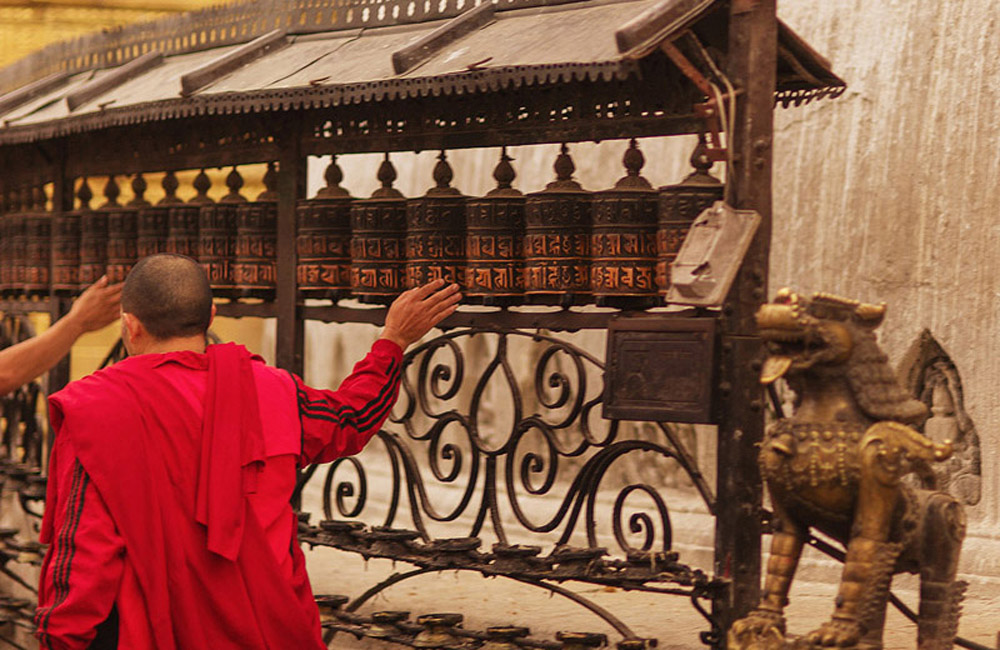 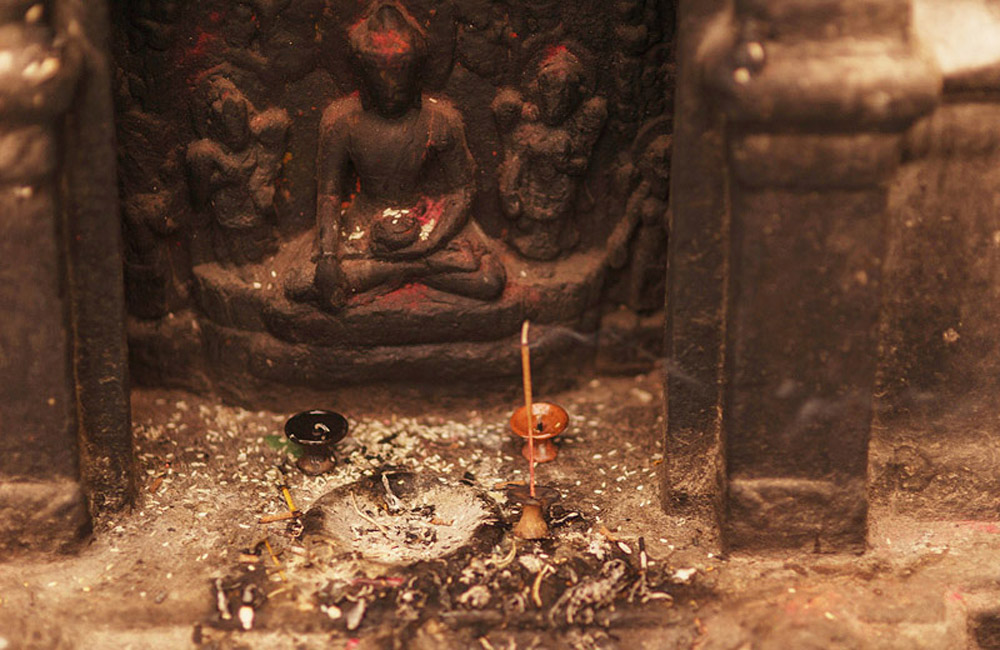 A few of the namesakes. 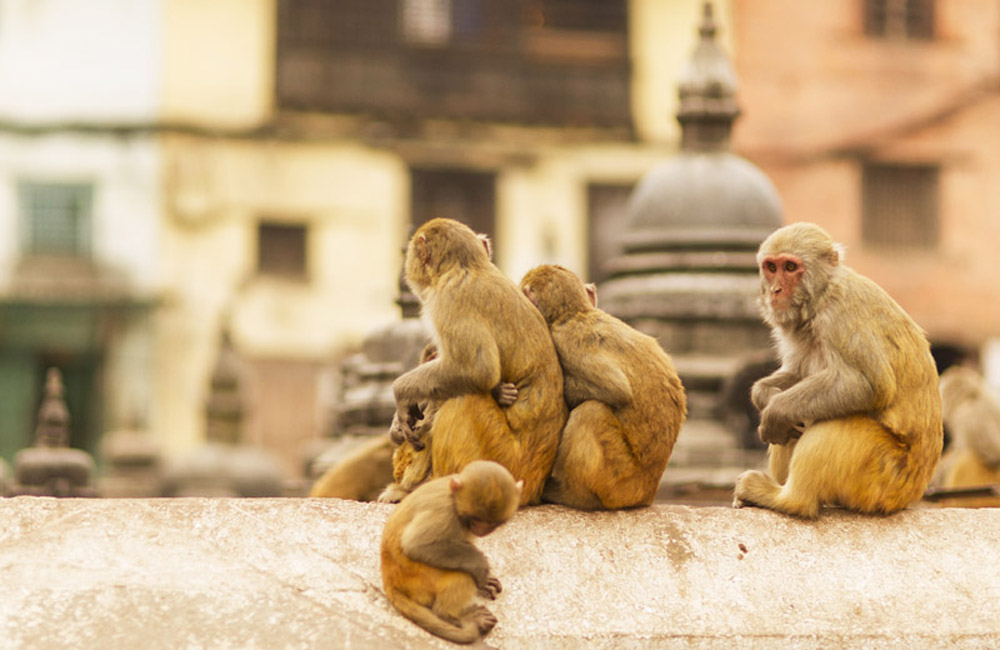 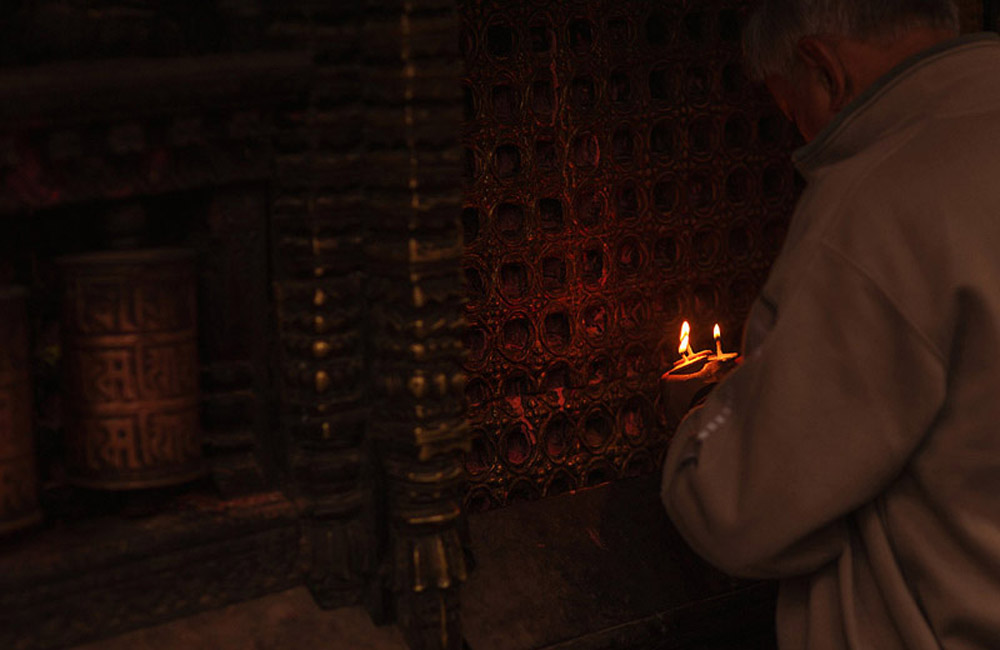 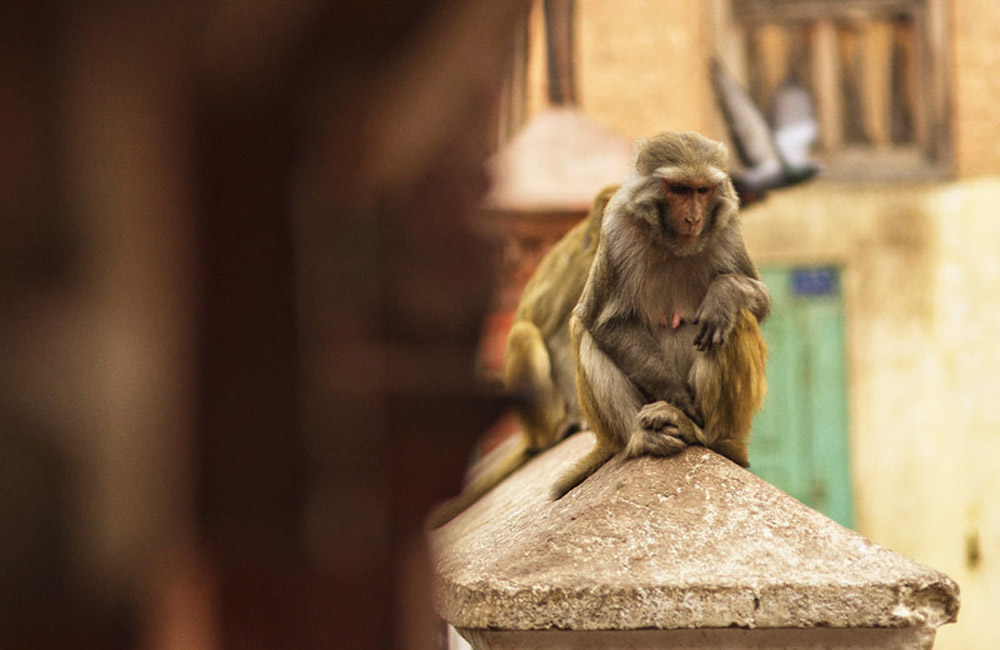 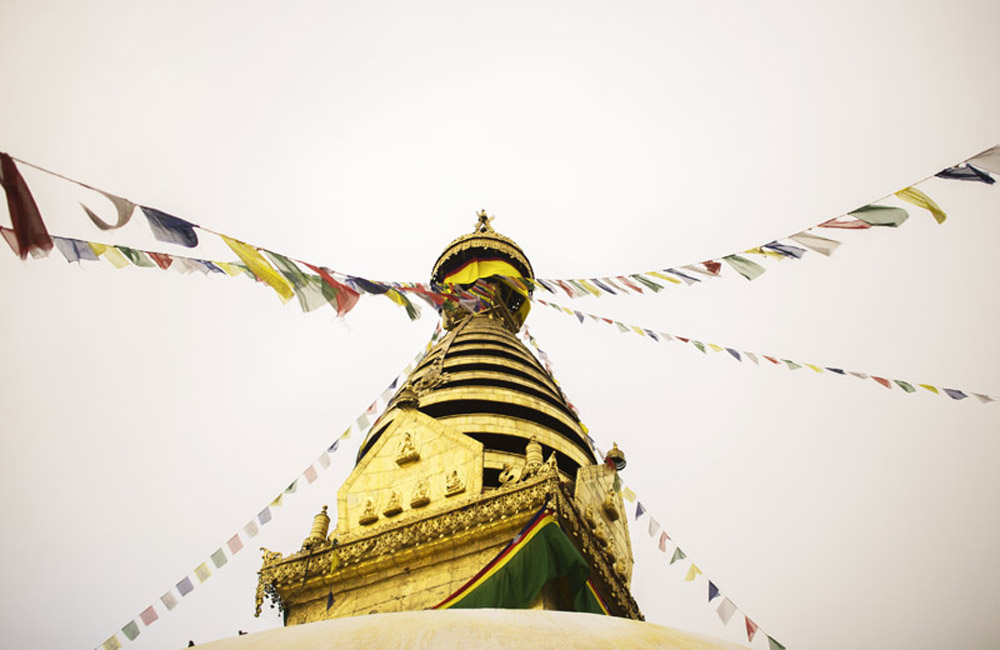 A sight to behold. This is Kathmandu bathed in the beautiful glow of the setting sun, but unfortunately, the murkiness and haziness of the photo is mostly due to the thick smog that covered most of the city. 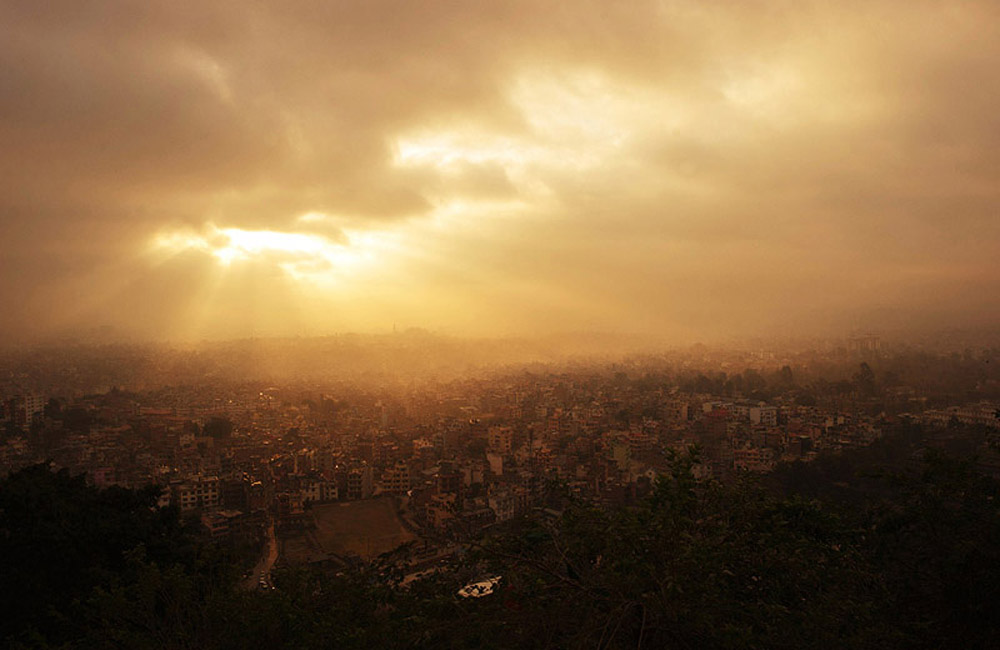 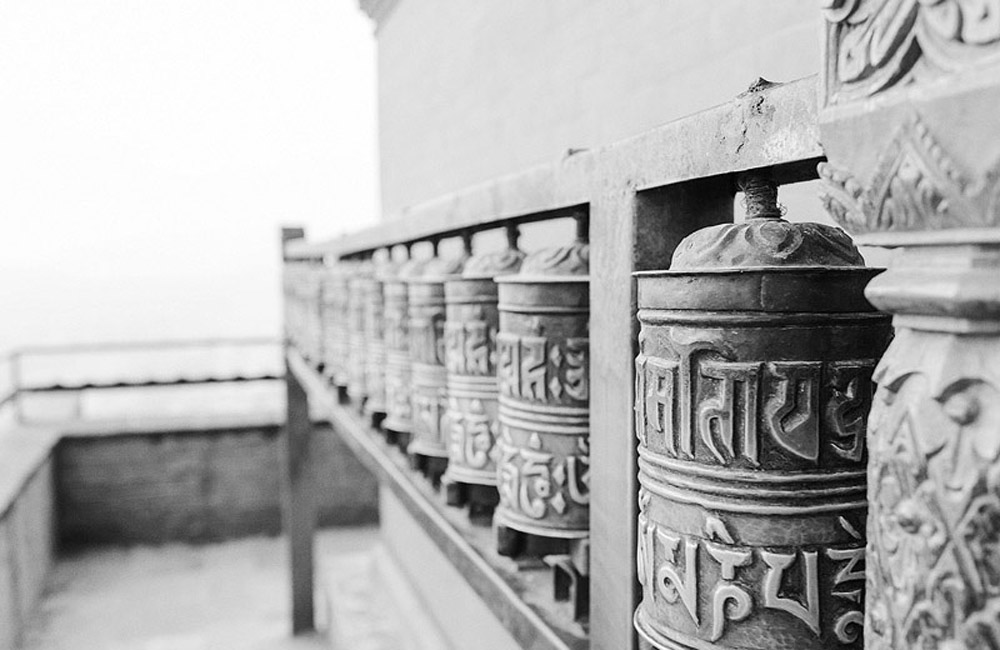 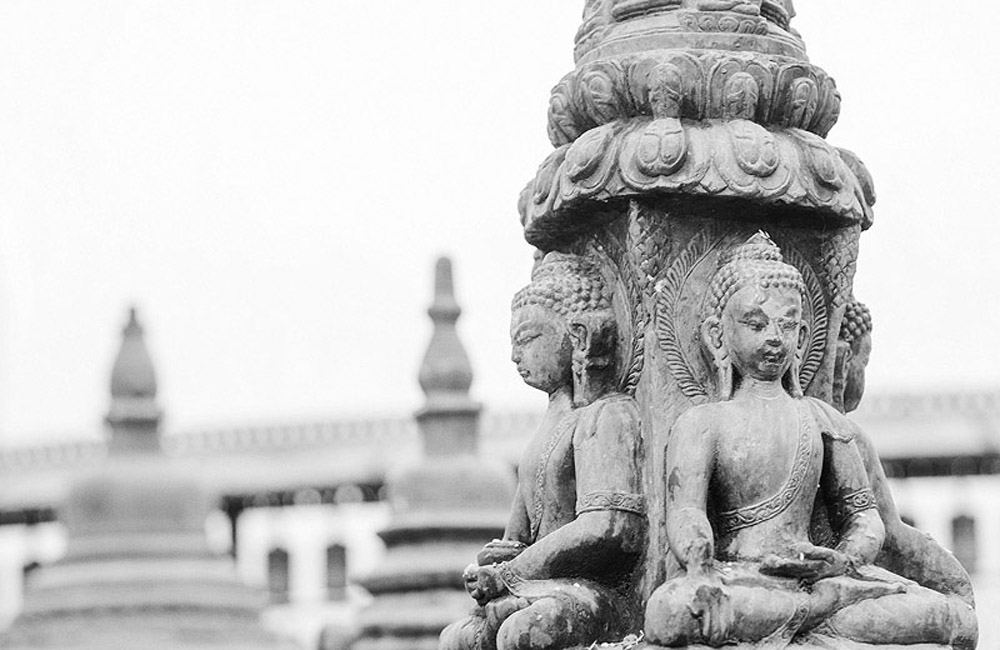 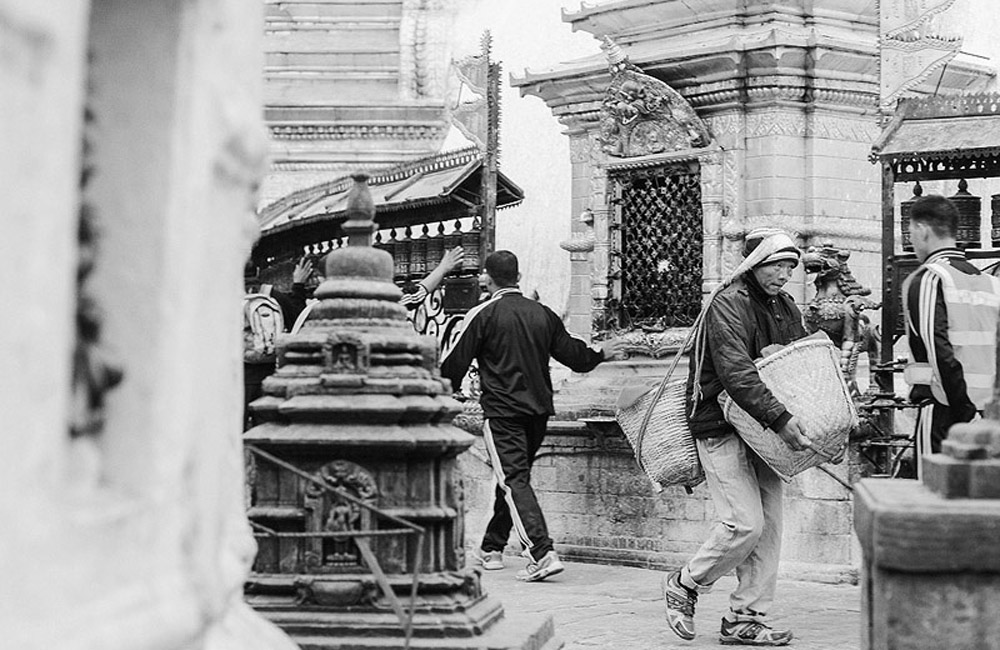 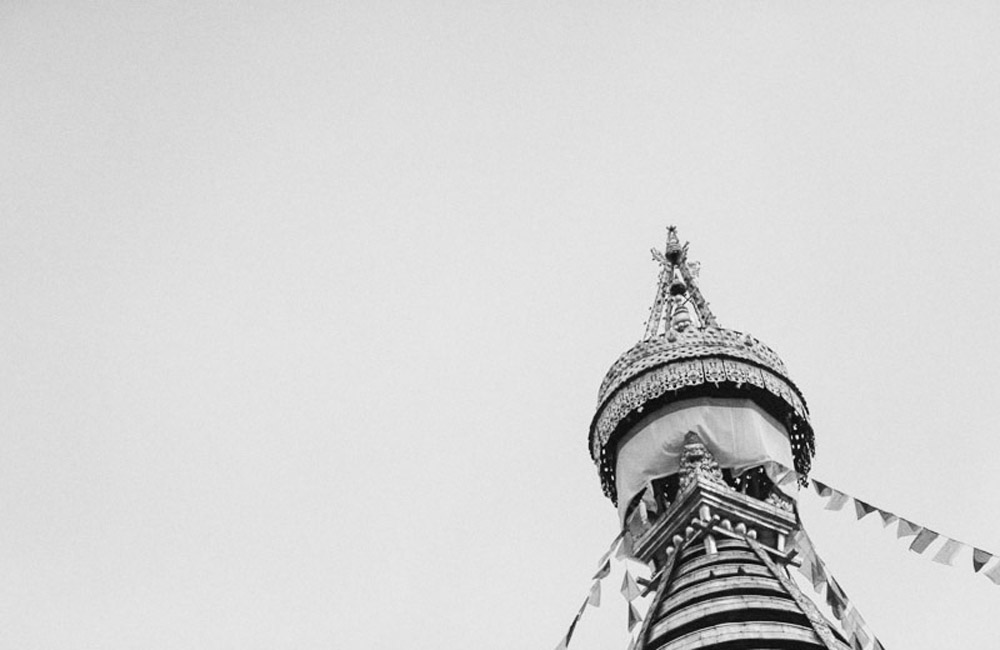 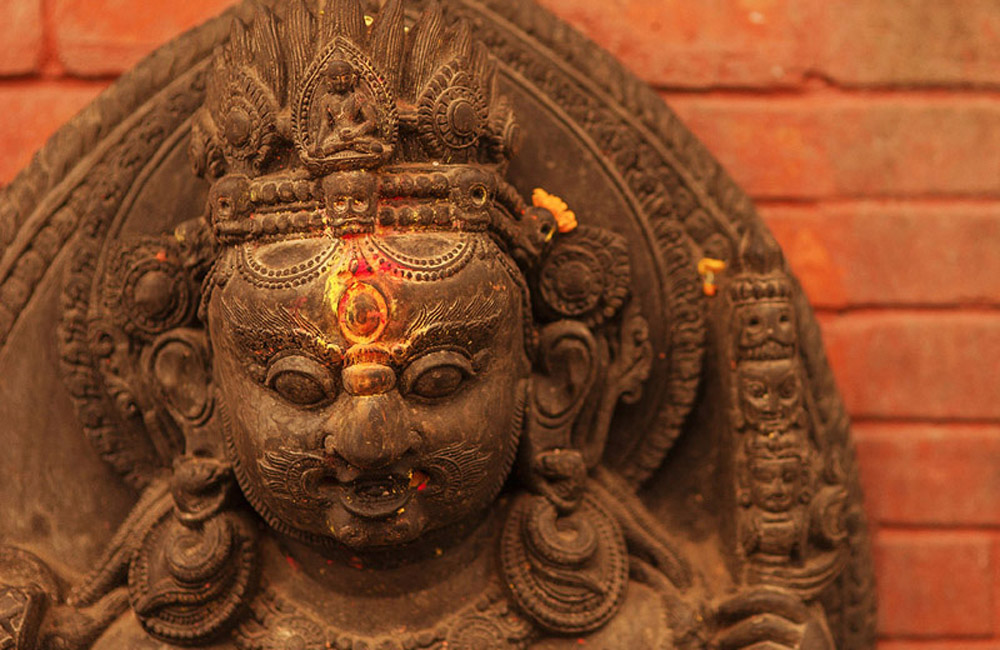 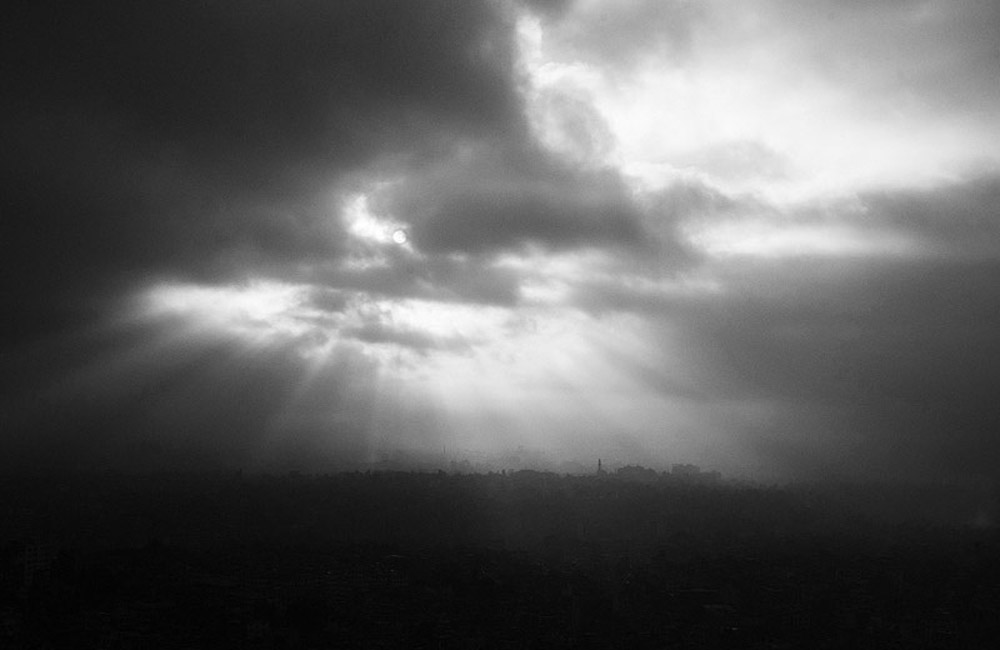 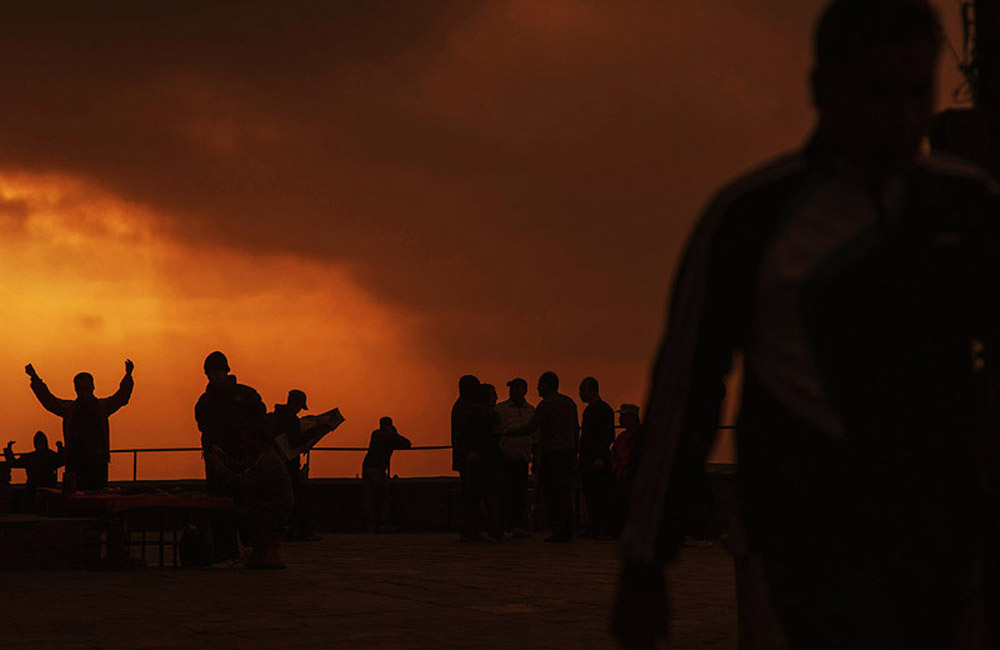 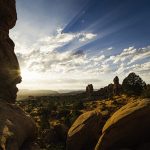 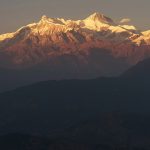